Jewish Rabbi Reveals The Name of the Messiah 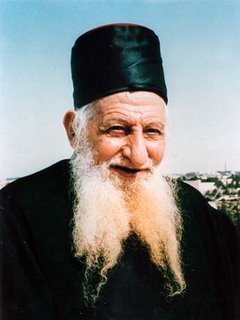 Rav Kaduri ranks among the greatest of the Sefardi Kabalists of the past century. A few months before Kaduri died on January 28, 2006 at the age of 108, he surprised his followers when he told them that he had met the Messiah.

Kaduri gave a message in his synagogue on Yom Kippur, the Day of Atonement, teaching how to recognize the Messiah. He also mentioned that the Messiah would appear to Israel after Ariel Sharon’s death. Sharon had just suffered a stroke on January 4, 2006, and subsequently died eight years later, in 2014.

A few months before he died, Yitzhak Kaduri wrote the name of the Messiah in a traditional coded form on a small note. He requested that the note remain sealed until one year after his death (January 28, 2006).

When the note was unsealed in 2007, it revealed what many have known for centuries: Yehoshua, or Yeshua (Jesus), is the Messiah!

The Rabbi gave a hint on how to decipher his secret code containing the Messiah’s name in his first line of text:

Concerning the letter abbreviation of the Messiah’s name,

He will lift the people and prove that his word and law are valid.

This I have signed in the month of mercy,

Looking at the encoded sentence:

He will lift the people and prove that his word and law are valid.

The first letter of each word spells out the formal Hebrew name of Yeshua, which is Yehoshua! 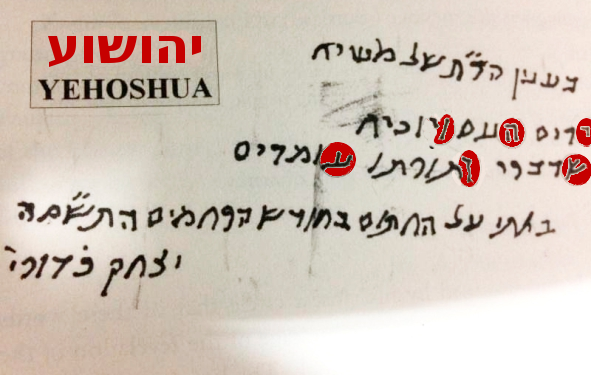 Yehoshua and Yeshua are effectively the same name, derived from the same Hebrew root of the word “salvation” as documented in Zechariah 6:11 and Ezra 3:2.

So the same priest writes in Ezra: “Yeshua son of Yozadak,”

while writing in Zechariah:       “Yehoshua son of Yohozadak.”

The priest adds the holy abbreviation of God’s name, ho, in the father’s name Yozadak, as well as in the name Yeshua!

Israel Today spoke to two of Kaduri’s followers in Jerusalem who admitted that the note was authentic, but confusing for his followers as well. “We have no idea how the Rabbi got to this name of the Messiah,” one of them said. See also: Rabbi Kaduri Reveals Name of the Messiah

Rabbi Yitzhak Kaduri was known for his photographic memory and his memorization of the Bible, the Talmud, Rashi and other Jewish writings. He knew Jewish sages and celebrities of the last century and rabbis who lived in the Holy Land and kept the faith alive before the State of Israel was born.

Kaduri was not only highly esteemed because of his age of 108. He was charismatic and wise, and chief rabbis looked up to him as a Tsadik, a righteous man or saint. He would give advice and blessings to everyone who asked. Thousands visited him to ask for counsel or healing. His followers speak of many miracles and his students say that he predicted many disasters.

When he died, more than 200,000 people joined the funeral procession on the streets of Jerusalem to pay their respects as he was taken to his final resting place.

When he comes, the Messiah will rescue Jerusalem from foreign religions that want to rule the city,” Kaduri once said. “They will not succeed for they will fight against one another.”