The Fire of the Dragon

This meteor shower radiates from the fiery mouth of Draco the Dragon.

The Position of Draco the Dragon on October 9, 2018 at the expected time for the next meteor storm as seen from Israel (below). 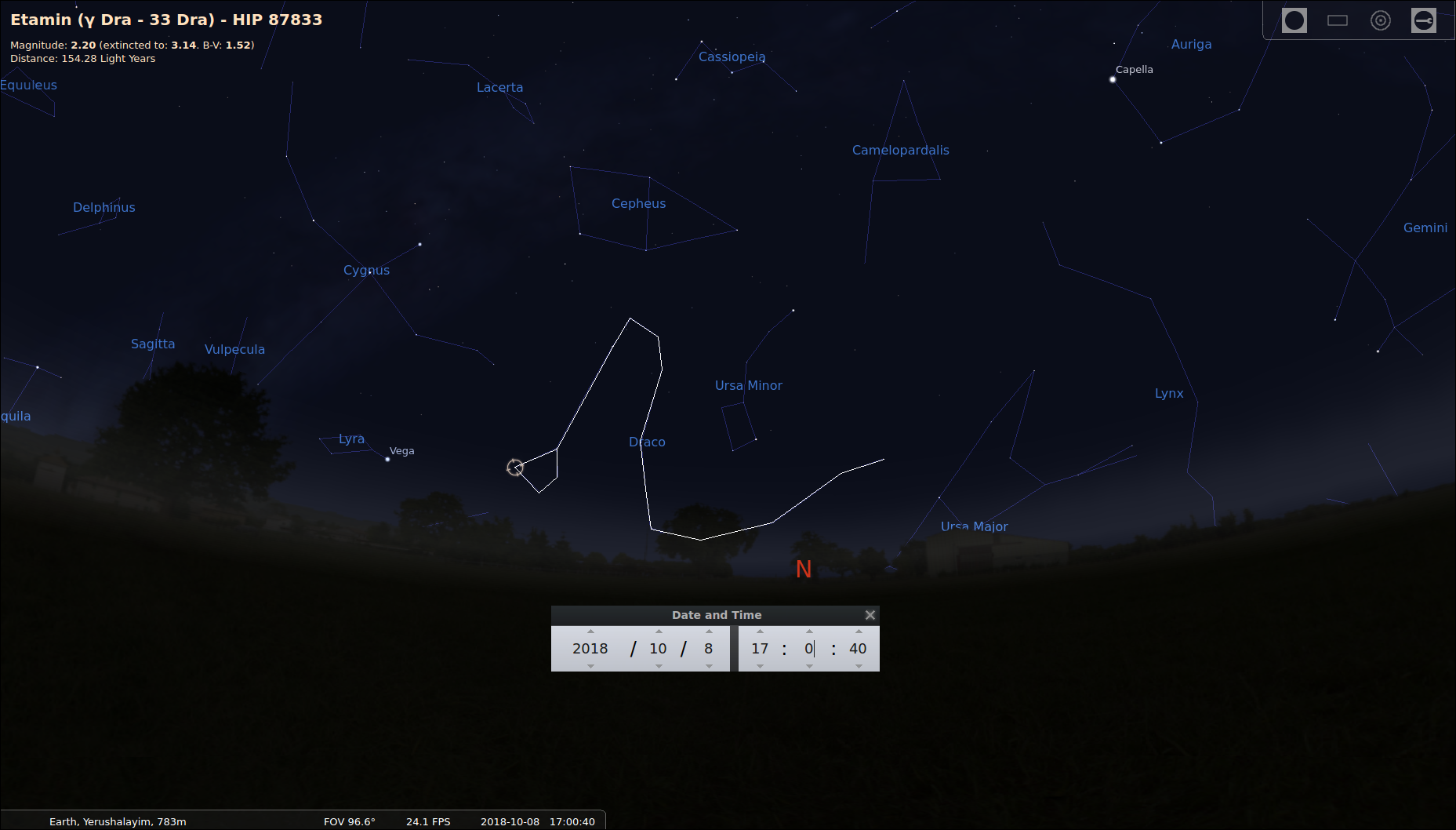 The duration of this meteor shower covers the period of October 6-10. Maximum currently occurs on October 9/10 (λ=159.40°), from an average radiant of α=262°, δ=+54°. The maximum rate typically reaches 1-2 per hour, but outbursts of hundreds or thousands per hour occurred two times during the 20th century, in 1933 and 1946. The source of the meteors is debris left behind from Comet 21P.

The timing of the two massive meteor storms from this comet are very significant.

On January 30, 1933 Hitler gained power as Chancellor of Germany. On January 10, 1946 the UN General Assembly, another enemy of the Jews, met for the first time.

Comet 21P/Giacobini-Zinner was discovered on December 20, 1900, (on the fifth day of Hanukkah!) by Michel Giacobini at the Nice Observatory in France. The comet was later re-discovered by Ernst Zinner in 1913 (23 October).

The timing of the discovery of this comet is very significant as it was during the First Aliyah (1882 – 1903), hinting that it was a sign to the Jewish people!

And now, on October 9, 2018, the comet will be perfectly positioned to make a third (and probably final) meteor storm! 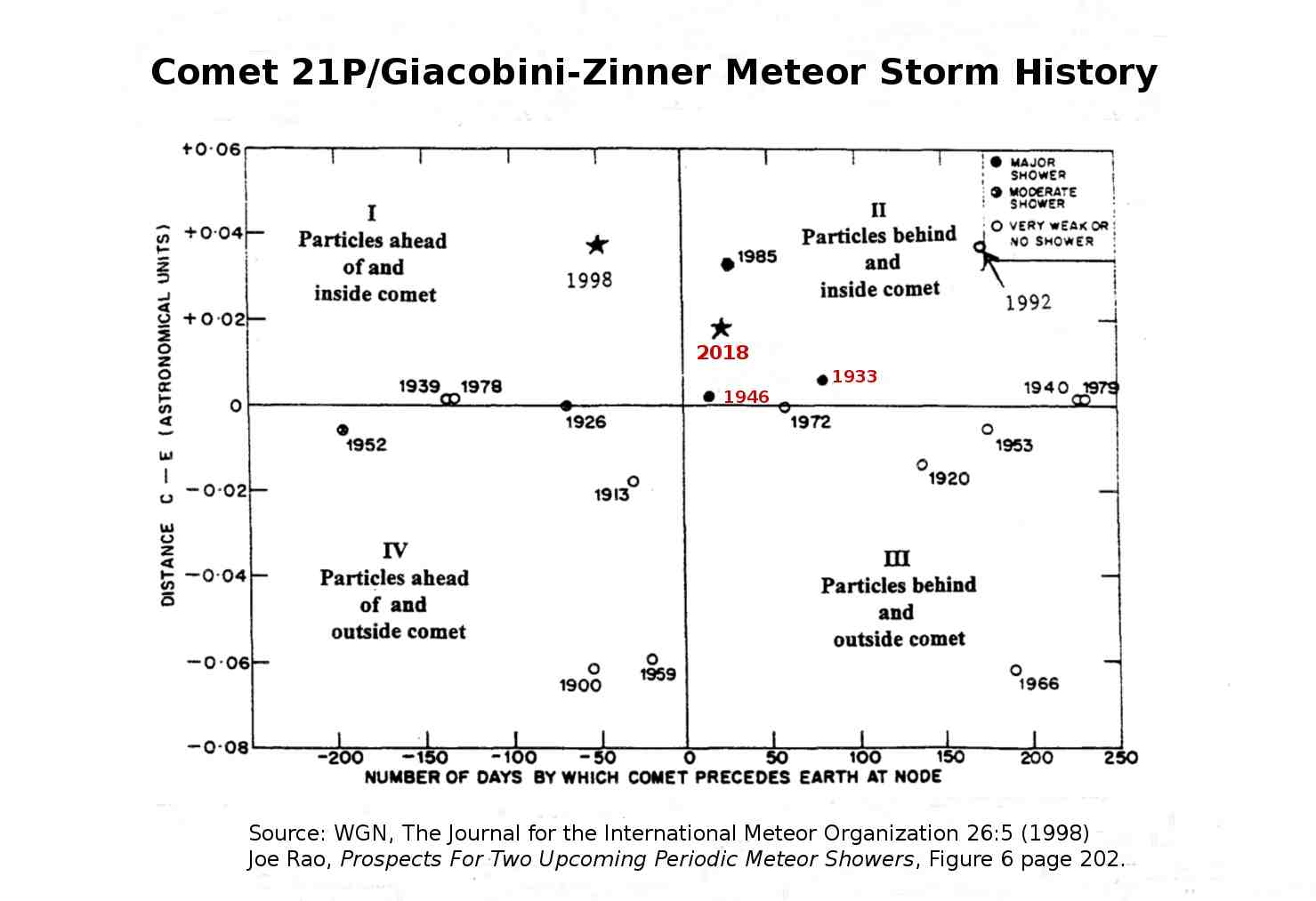 “And another sign appeared in heaven: behold, a great, fiery red dragon . . . his tail drew a third of the stars of heaven and threw them to the earth.” – Revelation 12:3-4.

On September 10, 2018, just one month prior to its expected Meteor Storm, Comet 21P will display an amazing sign – a simultaneous Close Approach to TWO different Solar System Bodies (The Sun and Earth) on the same day!

To make two Close Approaches with two heavenly bodies on the same day is extremely rare, if not unheard of! 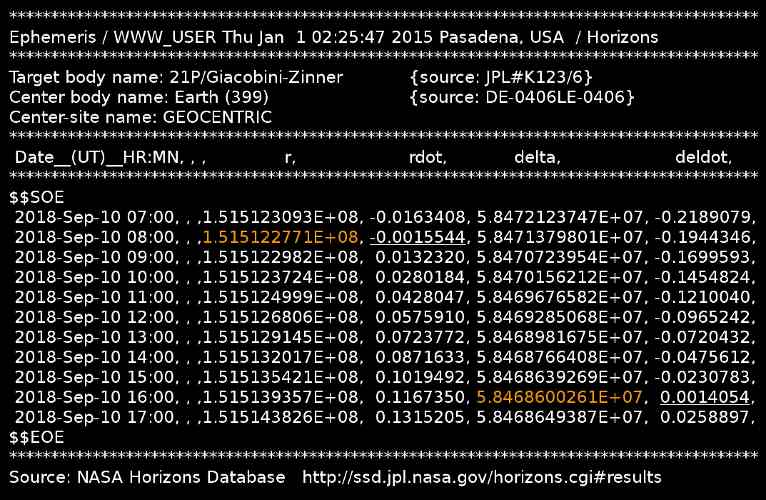 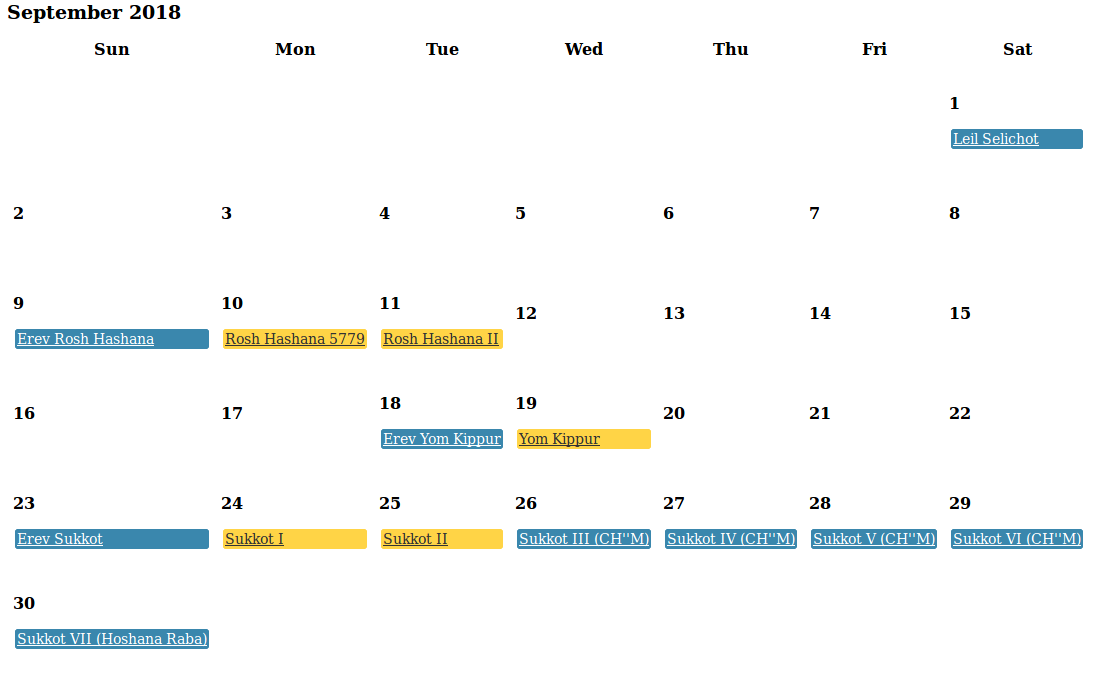 On only one day of its 6 year 7 month orbit – the comet makes simultaneous closest approaches to TWO different heavenly bodies (Earth & Sun) – Amazing! 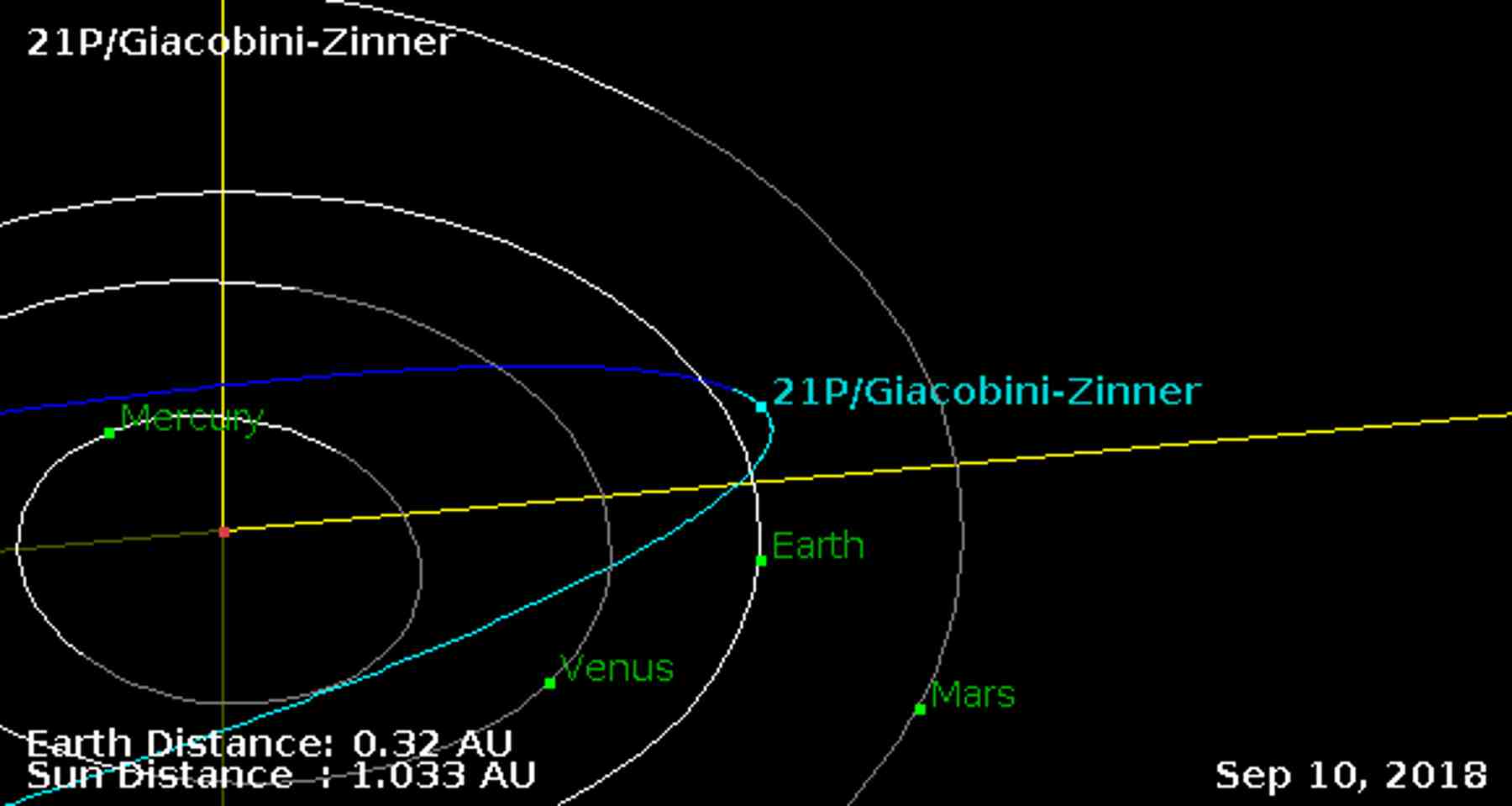 The Meteor Shower/Storm doesn’t occur until the Earth passes through the comet’s debris path one month later! 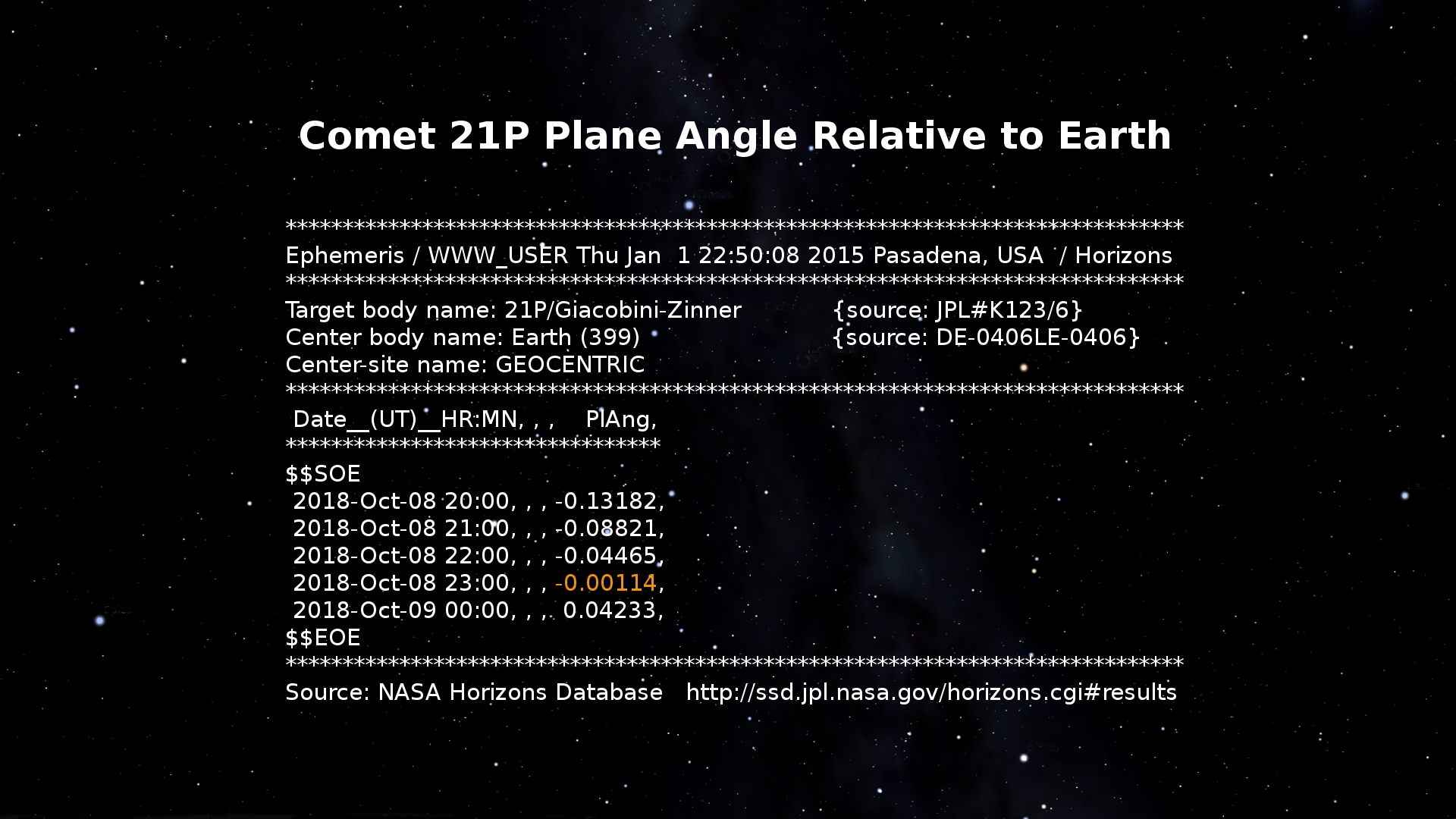 The Earth is perfectly positioned for a major meteor storm, coming behind and inside the comet’s path. (all objects are moving counter-clockwise) 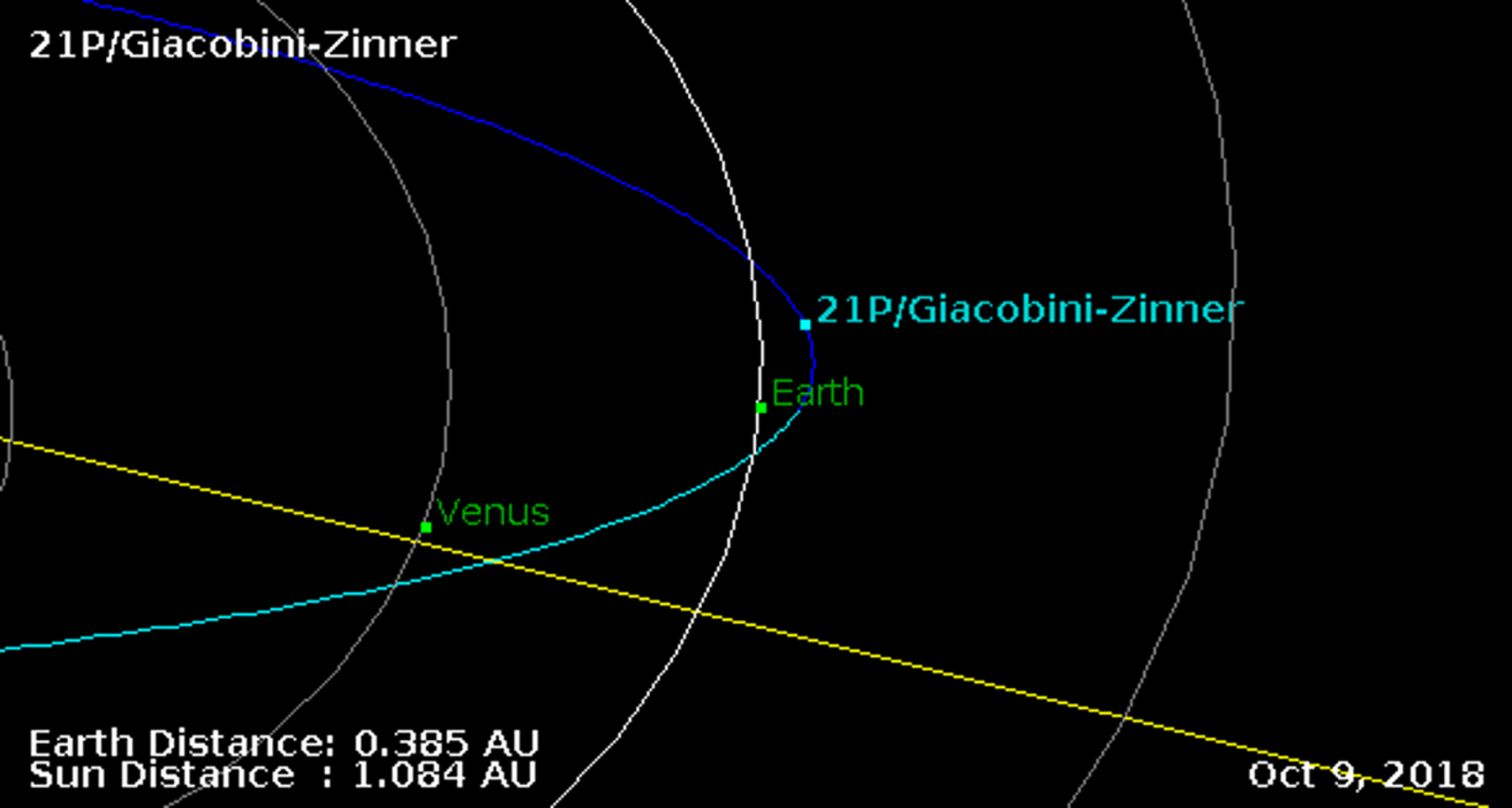 The Twisted Serpent (a.k.a. Draco) didn’t exhibit any meteor storms before the comet entered in 1900.

In 2029 the comet will make a very close approach to massive Jupiter – which will dramatically change its orbit – pulling it away from the Earth – and most likely ending the meteor storms.

This could very well be the final meteor storm from the Dragon – and the one that the Apostle John prophesied about!