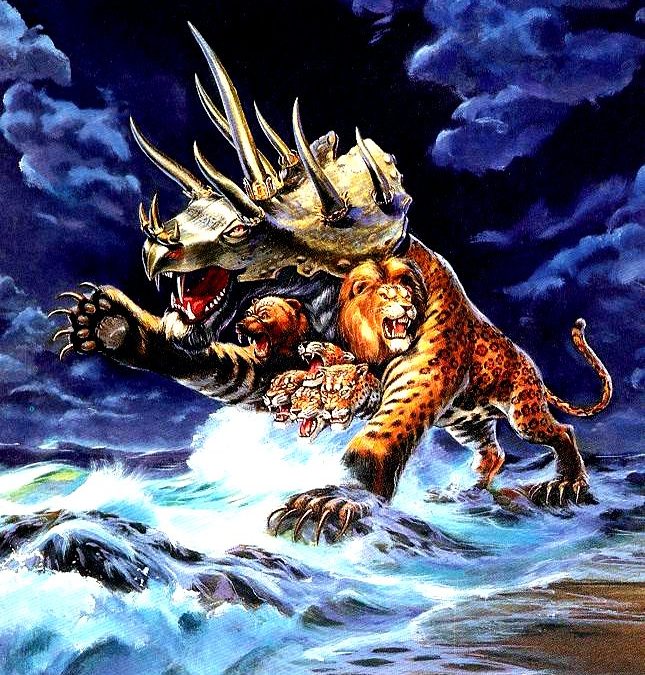 A fourth beast, dreadful and terrible, and strong exceedingly; and it had great iron teeth: it devoured and brake in pieces, and stamped the residue with the feet of it: and it was diverse from all the beasts that were before it; and it had ten horns. – Daniel 7:7

UN Day marks the anniversary of the entry into force in 1945 of the UN Charter. With the ratification of this founding document by the majority of its signatories, including the five permanent members of the Security Council, the United Nations officially came into being.

The 24th of October has been celebrated as United Nations Day since 1948! As soon as Israel had become an new independent Nation the UN decided to start celebrating it’s beginning too – just as Yeshua prophesied!

Behold the fig tree (Israel), and all the trees (the United Nations); When they now shoot forth, (Israel and the UN both started celebrating their independence days in 1948) ye see and know of your own selves that summer is now nigh at hand. So likewise ye, when ye see these things come to pass, know ye that the kingdom of God is nigh at hand. Verily I say unto you, This generation shall not pass away, till all be fulfilled. – Luke 21:29-31

With its membership in the United Nations, the United States has slowly seen the stripping away of its sovereignty. And without resistance, step by step the United Nations will continue to develop complete control over the world’s population through social, environmental, and economic means.

We resolve also to create conditions for sustainable, inclusive and sustained economic growth; shared prosperity and decent work for all, taking into account different levels of national development and capabilities …These are universal goals and targets which involve the entire world, developing countries alike.

The United Nations aspires to manage every single country, state, county, city, town, and individual person in the entire world. In order to do this, it would continue to use unwarranted approaches to create this socialistic prison.

What’s more, on Yom Teruah (“the time of alarm” a.k.a. Trumpets) this year on September 21, 2017, the United Nations celebrated it’s annual International Day of Peace. However, The theme this year is different. For the first time ever, they have included the word “safety” in their theme for 2017 “Together for Peace: Respect, Safety and Dignity for All.”

For when they say, “Peace and safety!” then sudden destruction comes upon them, as labor pains upon a pregnant woman. And they shall not escape. – 1 Thessalonians 5:3

We can’t change the Biblical prophecy that is materializing before our very eyes, but we can take a stand in alliance against this demonic beast system! Don’t you want to go down in God’s history book as having at least recognized the evil?

In January 2017, Rep. Mike Rogers (R-Ala.) re-introduced H.R. 193, otherwise known as the American Sovereignty Restoration Act to get the USA out of the United Nations. Help him gain some traction with this bill by contacting Congress!

Contact your U.S. Representative and ask for support of H.R. 193, the American Sovereignty Restoration Act. Contact your U.S. Senators and ask them to introduce a Senate version of the bill.