Mystery Babylon To Be Destroyed by Tsunamis 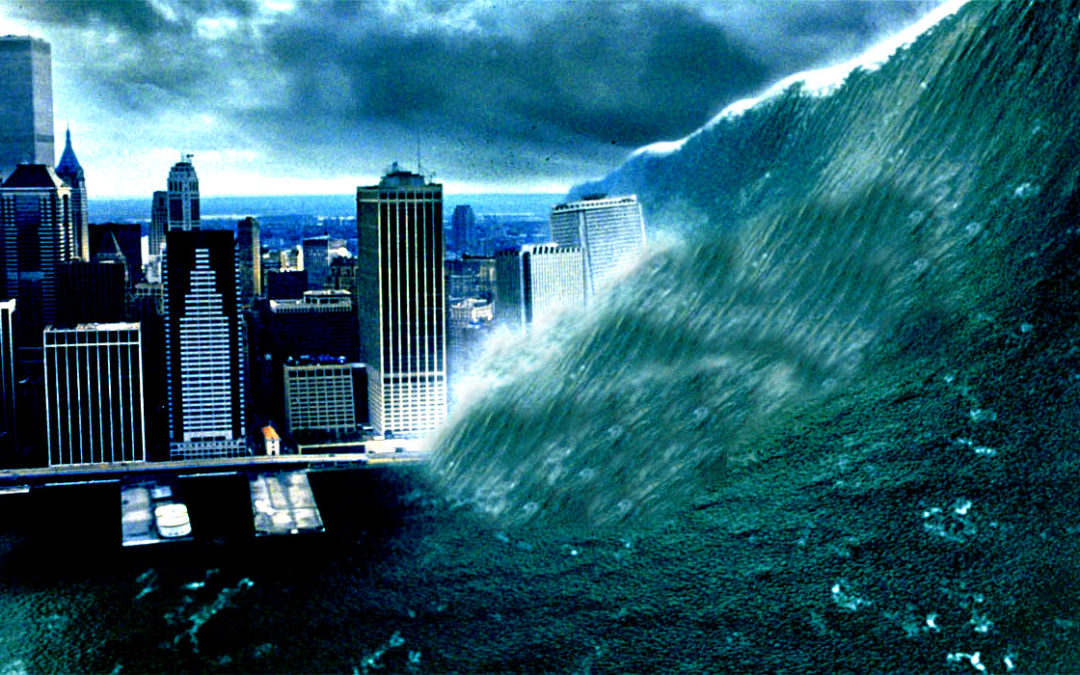 “The US… suspends its obligations under the INF Treaty effective February 2,” – U.S. Secretary of State Mike Pompeo, February 2, 2019.

This means that on August 1, 2019 the US will no longer abide by the Intermediate-Range Nuclear Forces (INF) Treaty, which was signed by the US and the USSR back in 1987, and banned ground-based missiles with a range between 500km and 5,500km.

Without the limitations of this treaty, the US can now arm their so-called “defense shields” in Romania and Poland with missiles capable of hitting Moscow.

And less than three weeks later . . .

It is blatantly obvious that the USA is planning a preemptive nuclear first strike against Russia – so now Russia is countering the USA’s hegemonic move with a new arsenal of weapons.

The analysis of the “probable actions” of Washington shows that Americans are seeking to achieve strategic superiority through the so-called ‘on-start interception’ doctrine, Deputy Chief of the General Staff operative command Lieutenant General Viktor Poznikhir said Wednesday. Under such a plan, the US would seek to destroy the “overwhelming majority” of their adversaries’ missiles while the munitions are still sitting in their silos.

A nuclear arsenal capable of destroying the US makes Russia the “only current existential threat” to Washington, US Army Chief of Staff General Mark Milley told lawmakers.

“Because of Russian nuclear capabilities they are the only country on Earth that is capable to destroy the United States,” Milley said on Tuesday, testifying at a budget hearing before the House Armed Services Committee. However, having that capability does not mean Russia is currently planning to use it, he added.

Moscow is likely to “threaten our interests for the next 20 years as they attempt to regain control of historic spheres of influence and shape European economic and security structures in their favor,” according to the top Army general.

“Russia will be forced to create and deploy weapon systems, which can be used not only against the territories from which this direct threat would be projected, but also against those territories where decision centers are located, from which an order to use those weapons against us may come.” – Russian President Vladimir Putin

In what is regarded as a sinister development, the submarine’s commanders will report directly to President Putin rather than to the country’s naval top brass, making Belgorod more like a deep-sea intelligence agency than a conventional submarine.

Belgorod is designed to carry nuclear-armed Poseidon drones, a doomsday weapon that Russia says will be capable of destroying entire cities by triggering a tsunami.

Poseidon is the largest torpedo ever developed – 79 feet long and 6.5 feet wide, the nuclear-powered torpedo is designed to cross entire oceans before detonating a thermonuclear warhead against an enemy coastal target such as city or naval base.

Poseidon is believed to be a second-strike weapon, ensuring that any country that stages a surprise nuclear attack on Russia is devastated in return. The weapon is designed to circumvent U.S. ballistic missile defenses meant to shoot down incoming missiles by taking an underwater route.

Early reports claimed Poseidon had a 100 megaton thermonuclear warhead. This warhead was twice as large as Tsar Bomba, the largest bomb ever dropped. Enough to destroy entire coastal cities and cause further devastation inland by triggering artificial tsunamis, laden with radioactive fallout. To make matters even worse, the warhead was reported to be “salted,” laced with radioactive isotopes that would make contaminated regions dangerous and uninhabitable for years.

Jeremiah (below) is talking about America – Not ancient Babylon, which is IRAQ and not near the oceans!

Jeremiah 51:13 O you who dwell by many waters, Abundant in treasures, Your end has come, The measure of your covetousness.

Jeremiah 51:42 The sea has come up over Babylon; She is covered with the multitude of its waves

It is very probable that Israel will soon face this threat from Poseidon too! But Yehovah will spare Israel – Not Mystery Babylon!

Revelation 12:15 So the serpent spewed water out of his mouth like a flood after the woman (Israel), that he might cause her to be carried away by the flood.

16 But the earth helped the woman (Israel), and the earth opened its mouth and swallowed up the flood which the dragon had spewed out of his mouth.