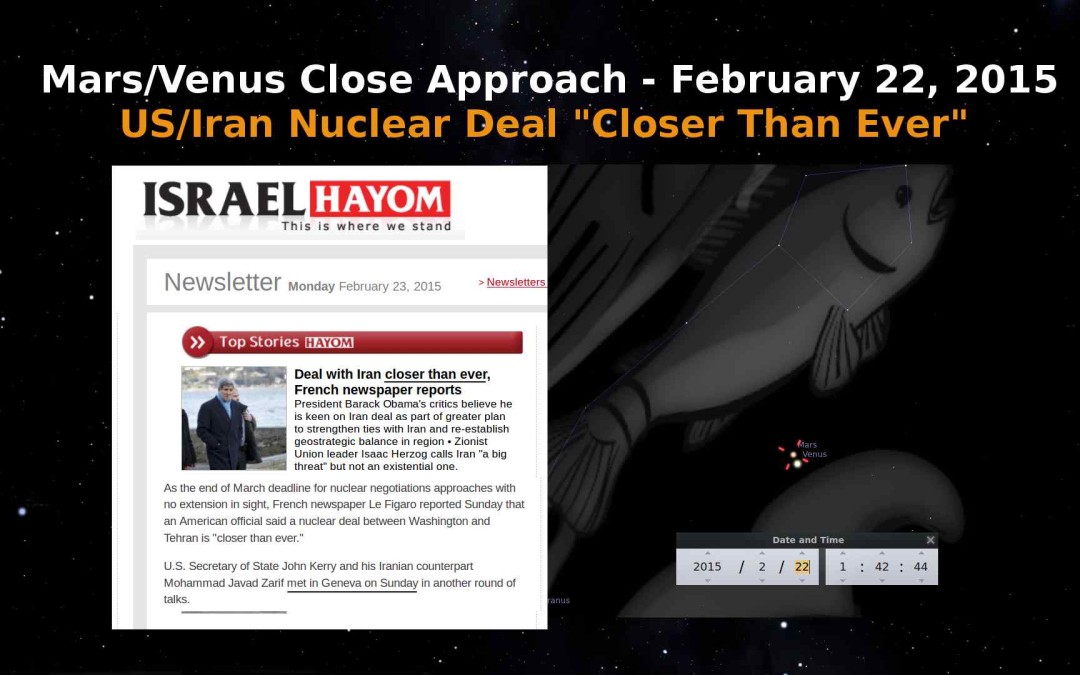 On February 22, 2015,
Mars and Venus converged one-half a degree apart from each other in
Pisces. Mars (war) was very dim, and Venus (peace) was very bright. Since
peace was more predominant than war, this symbolized a Peace Treaty.
Because the convergence was in Pisces (The Fishes), the Treaty involves
the Gentile Nations. Incredibly, on this very same day, U.S. Secretary
of State John Kerry met with the Iranian counterpart Mohammad Javad
Zarif in Geneva for a round of talks concerning Iran’s nuclear program!
All the major Gentile world powers (the P5+1) are taking part in these
negotiations: The United States, Russia, China, United Kingdom,
and France, plus Germany. An unnamed American official put it very
succinctly, saying that a nuclear deal with Tehran was “closer than ever.”
Simultaneously, Mars and Venus were also “closer than ever!” With the
end of March deadline approaching for the negotiations, it is likely that
the framework for a Nuclear Treaty was finalized on this date!

“Deal with Iran closer than ever, French newspaper reports”